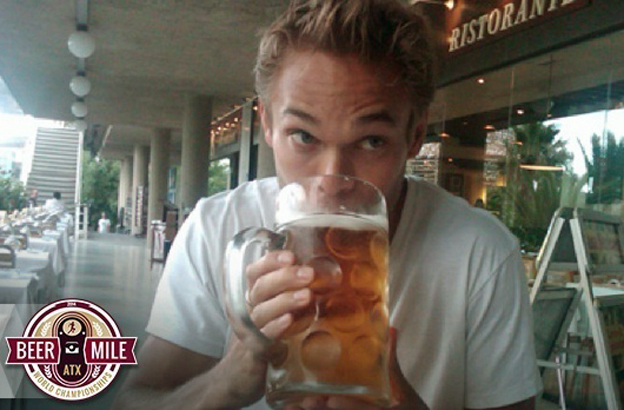 After the 2012 Olympics, vocal American Olympian Nick Symmonds spoke out in the press, on social media and through other channels about making a fun attempt on the beer mile world record. Many of us only knew of the event as a late-night, party-induced spirit of idiocy among track teammates and running geeks. Most of us didn’t realize that it was discussed anywhere outside of our own locker rooms. Personally, I only knew it as an often talked about, rarely conducted event within “the Bare Ass Relays” following our annual 4-hour bus trip home from the Utica Boilermaker 15k Championship in July.

In April 2014, a man going by the name of James “The Beast” Neilsen made a solo attempt on the world record in Marin County, CA. He emptied 4 cans of Budweiser and became the first man to ever break 5:00 for the Beer Mile. His attempt was captured on video by his wife and certified by beermile.com.

In a matter of weeks, the video Neilsen posted on YouTube had gone viral, at least among the track-geek crowd, to the tune of 1.3M views.

In June 2014, Flotrack, the passionate, geeky and often times only outlet for video track coverage in America announced that it would host the first-ever Beer Mile World Championship in Austin, TX, later in the year.

Between June and December 3, when the event was contested: